“Follow us! Good practices of the „Participatory Budget“ – for the success of your region”

People in Guria love football, but there are very few good stadiums there …

‘I have been living here for 33 years and I do not remember ever having a well-equipped stadium in Ozurgeti.’,- Davit Surguladze, the local football coach, tells us. However the coach is proud now. The “Lashe” football stadium  arranged with David’s participation is already the best in Ozurgeti and about 180 children train there.

The photos of the stadium ` Lashe football stadium’. Ozurgeti. Guria.

“Until now, football-loving children used to change their clothes directly in the field setting, at the fences; after playing in rainy weather they went home wet, participants of tournaments from the other districts also had to be in the field setting. Our case was like the Georgian film ” First Swallow”. “Apart from the players, the ball was also chased by the animals,” Surguladze told us. 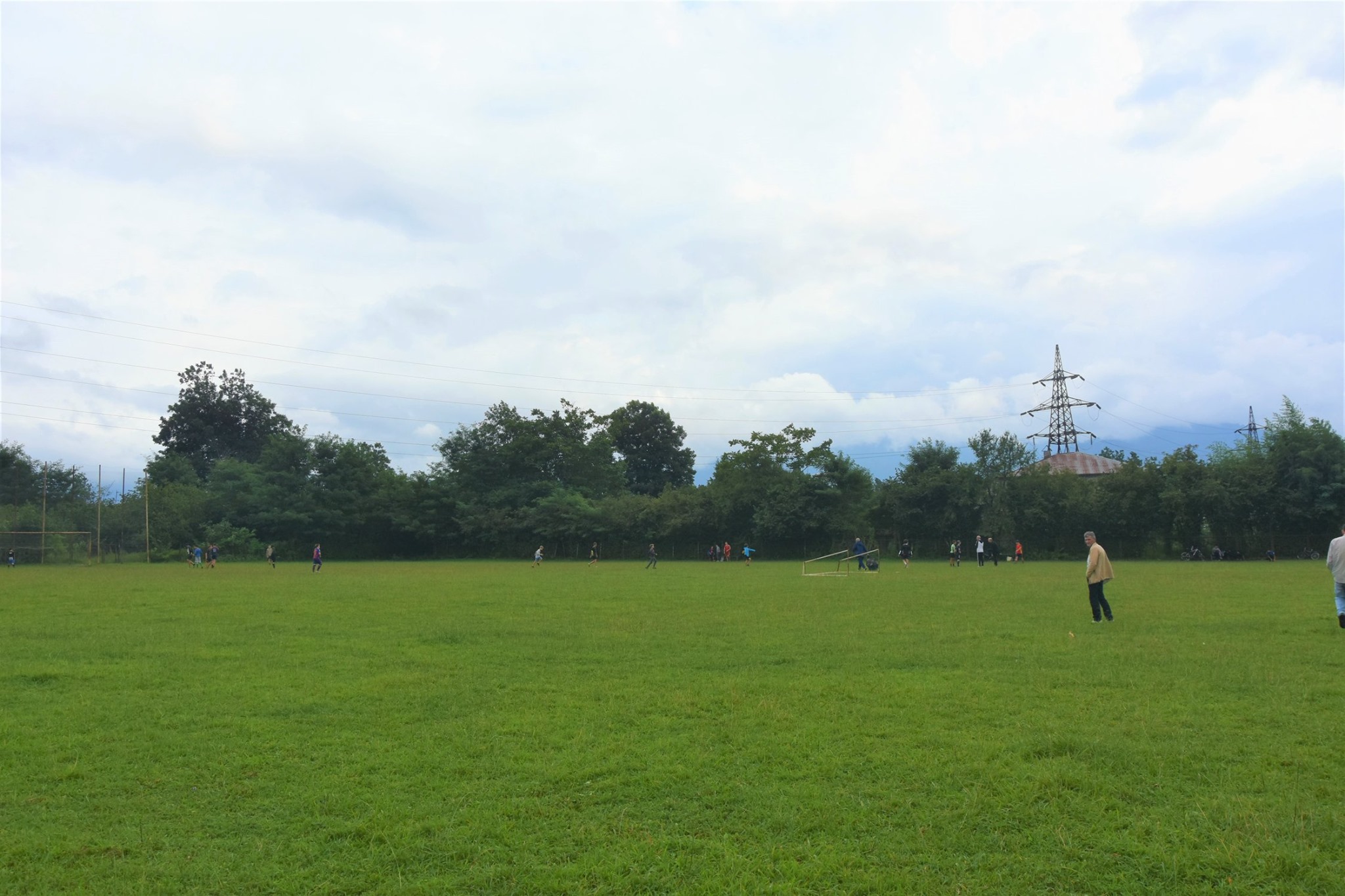 This is what the old “Lashe” stadium looked like
Heating systems were installed, showers and toilets were made. Separate rooms and separate showers were arranged for the guest football teams. The cost of the project is 75 000 GEL and it was financed from the local budget.

General plan of the stadium

Funds for the stadium were allocated from the “Participatory Budget”.

What is the “Participatory Budget” and how was it created in Ozurgeti?

Nana Tavdumadze, Chief  of the Staff of Ozurgeti Municipality Sakrebulo, underwent special training at the Solidarity Fund PL in Georgia established by the Ministry of Foreign Affairs of the Republic of Poland in 2018. Then, she gained  knowledge about the “Participatory Budget” at the “Academy of Participation” of the same Fund.

“This is a budget within a budget,” – Nana explains – “i.e. a special budget, which is managed by the population of the municipality, is created within the local budget. Though, before achieving it, a lot of work was done.”

The Fund held special information-educational meetings in the municipality, the objective of which was to facilitate a proper dialogue and build trust between the residents and the local government.

The main goal of the Fund is to show the population of Georgia how it is possible to achieve step-by-step from small to big results through personal activity and initiative, how citizens should cooperate with the state and municipal bodies, and, thus lay the foundation for the socio-economic transformation of Georgia and the sustainable development of the country.

Project co-financed within the framework of the Polish development cooperation of the Ministry of Foreign Affairs of the Republic of Poland.